Nic is the co-founder of Hong Kong Craft Distilling Co. and master distiller of the Company’s gin products under the brand N.I.P (無名氏). He commenced his venture into the food and beverages industry in 2017 when he went on an expedition to learn, research and explore his long-standing interest and passion about spirits, gin in particular. Having been a religious consumer of cocktails and spirits, it came to a point where mere consumption no longer satisfied his passion. As a result, he decided to make a 180 degree turn in his career as a lawyer by setting his sights on becoming a distiller and fulfilling his long-term dream of creating a local brand of craft spirits. In his pursuance of this dream, he travelled to Australia and Scotland to research and learn the craft, from visiting to working short stints in distilleries, as well as attaining qualifications in distilling with the Institute of Brewing and Distilling of the United Kingdom. 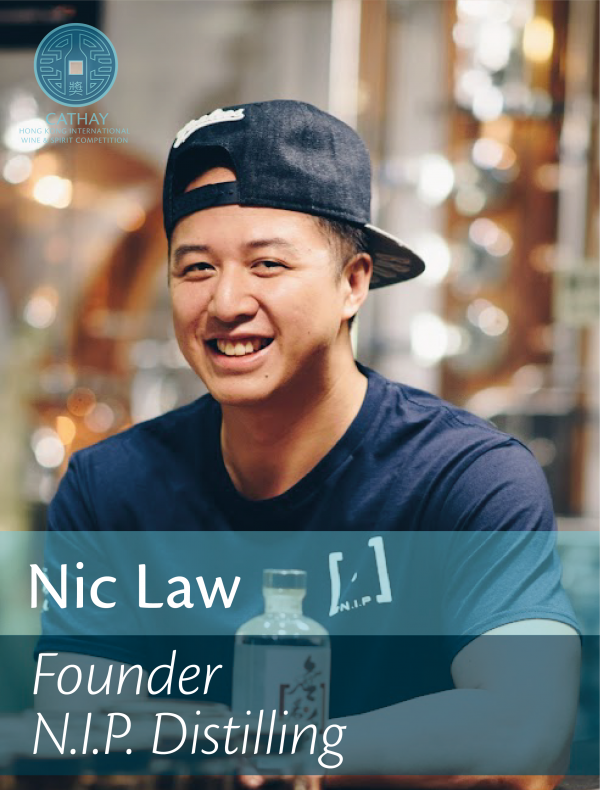